2019 marks 100 years since John S. Pullman, William H. Comley and Arthur M. Comley first opened their law office at 884 Main Street in Bridgeport. To celebrate our one hundredth birthday our firm will be undertaking a “Centennial Year of Service” -- a year of planned community service projects in partnership with nonprofits across the state. Many of our 2019 service projects will feature work with nonprofits dedicated to diversity and inclusion efforts, and as the year goes on our Inclusion Insights’ page will recount these efforts and highlight the ways Pullman & Comley is working to foster and promote diversity and inclusion in the greater community.

Bob Hinton and Jon Kaplan are participating as mentors in LCD Mentor/Mentee Program, which is designed to provide law students with an opportunity to develop a one-on-one relationship with a lawyer from one of LCD’s member organizations. Bob and Jon attended LCD’s Mentor/Mentee kick-off dinner on October 18th, where they were matched with their mentees for the upcoming year.

On November 14th, Tim Shearin, Bob Hinton, Erick Russell and Jill Bicks attended LCD’s Judges of Color Reception held at the Quinnipiac Club. The theme of this year’s reception was “There is no Justice without Diversity.” Former Superior Court Judge Angela Robinson facilitated a fruitful panel discussion on how each judge identifies him or herself, what it means to be a judge, and the role of social justice and activism. A general question and answer session was also held with the judges of color, focused mostly on how to succeed in one’s legal career and be considered for the bench.

On December 13th, Bob Hinton also attended LCD’s Best Practices program in Hartford which discussed various ideas and initiatives that could be used to make diversity and inclusion a reality.

The CBA held its Third Annual Diversity and Inclusion Summit on October 24th at Quinnipiac School of Law. Several P&C attorneys and staff attended the Summit including Tim Shearin, Marty Hochstadt, Jess Grossarth Kennedy, Mark Sommaruga, Bob Hinton, Judge Robert Holzberg, Judge Anne Dranginis, and Monte Frank. P&C was a proud sponsor of the Summit . The Summit focused on recruitment and retention. While it is clear that the Connecticut legal community still needs to make significant progress to achieve meaningful diversity and inclusion, strides for improvement are well underway.

Several weeks prior to the Summit, Tim Shearin and Jess Grossarth Kennedy participated in a Pledge Signatory Meeting held at the CBA Headquarters in New Britain where law firms that signed the CBA’s diversity and inclusion pledge discussed and shared various D&I efforts as a result of the pledge taken and in anticipation of the CBA’s Diversity and Inclusion 2018 Annual Summit. P&C is an original signatory to the five year Pledge.

On October 25th, the CT Hispanic Bar Association (“CHBA”) held its 25th Annual Awards Celebration at the New Haven Lawn Club. The 2018 Community Award was presented to the CT Lawyers for Immigration Justice fundraising campaign. Former Connecticut Supreme Court Chief Justice Chase Rogers and Pullman & Comley’s Judge Holzberg received the award on behalf of the campaign. The effort raised in excess of $100,000 which will be used for expert witness expenses, translators and other litigation related expenses. P&C was a sponsor for the event. P&C attorneys Mike Kurs, Bob Hinton and Zach Schurin were in attendance.

CHBA works to strengthen the Hispanic legal community, to enhance the visibility of Hispanic lawyers throughout the state; to facilitate communication, sharing of information and resources among members; to serve as mentors to new attorneys and law students; to assist the public and private sectors in achieving diversity in their law firms and legal departments; and, to advance equality and justice. In addition, the CHBA addresses policy issues impacting the Hispanic community, such as the treatment of racial and ethnic minorities, access to the courts, judicial diversity, and other social challenges.

On November 27, 2018, the Connecticut Italian-American Bar Association (“CIABA”) conducted its Heritage & Awards Dinner. This year’s honoree was the Honorable Elizabeth A. Bozzuto.  Mike Ceccorulli (a member of CIABA’s Board of Directors), along with Judge Dranginis and Zach Schurin were among the attendees. The Connecticut Bar Association has designated CIABA as an “Affinity Bar,” which is a bar association that maintains the promotion of diversity in the legal profession as a primary goal.

On November 14th, Mike Kurs attended the Tri-State Diversity Council’s (the “Council”) Strategic Planning Meeting in Hartford. The Council seeks to foster an understanding of diversity and inclusion as a dynamic strategy for business success and community well-being through various initiatives. The CT chapter is in a relatively nascent stage.

Monte Frank participated in monthly meetings in the fourth quarter of 2018 as a member of the National Conference of Bar Presidents (“NCBP”) D&I Committee where bar leaders from around the country discuss D&I initiatives, plan programs for the mid-year meeting, and award diversity scholarships so that diverse bar leaders can attend the mid-year and annual meetings. The NCBP’s D&I committee is coordinating a program for the mid-year meeting entitled: “GOOD Guys (Guys Overcoming Obstacles to Diversity): The Next Generation of Leaders.” The program involves a discussion about the rewards of diversity and inclusion, and ideas from “Next Gen” GOOD Guys regarding how they are using their leadership to increase diversity and inclusion in the profession.

LGBT Section of the CBA

On October 11th, Erick Russell hosted an LGBT Section Event at Cask Republic in New Haven where an attorney from Lambda Legal spoke about pending litigation in the United States and upcoming issues expected to impact the LGBT community. The majority of the issues have surrounded transgender rights, but workplace discrimination, public accommodations and expectations with the current makeup of the Supreme Court were also addressed. Jess Grossarth Kennedy and Jordan Stave from P&C also attended the event.

On November 11th, Erick Russell and Jordan Stave attended a celebration for the 10th year anniversary for marriage equality in Connecticut. The event was hosted by leaders in the CT marriage equality movement, led by Anne Stanback and the folks from Love Makes a Family.

Pullman & Comley continues to recruit top talent with a focus on diversity and inclusion. Thanks to the efforts of P&C’s Associate Recruiting Committee, the Diversity Committee and all those who participated in the interview process this past year, the firm was able to assemble a top tier class of diverse summer associates.  Additionally, the firm, in conjunction with Yale-New Haven Health, is currently in the process of hiring a diverse 1L law student who will also be joining P&C this summer. We are pleased that this summer’s class reflects the firm’s commitment to diversity and inclusion.

On November 1st, P&C and People’s United Bank held their 6th annual “Celebrating Diversity in the Greater Bridgeport Business Community” event in the Bridgeport People’s United Bank lobby. The event was attended by hundreds, provided lively networking, and raised awareness of minority and women-owned businesses in our area. Adrienne Houel and Greater Bridgeport Community Enterprises were honored for their work providing job creation and workforce training (along with recycling mattresses and providing other green services!).

On October 2nd, Mike Kurs attended CWEALF’s Annual Awards Dinner celebrating CWEALF’s 45th anniversary. CWEALF is an organization that has been advancing women’s rights and opportunities in Connecticut since 1973.

On November 5, 2018, Bob Hinton, Mike McKeon, Melinda Kaufmann, Andy Glassman, Amanda Gurren and Kelly O’Donnell attended the Women’s Hall of Fame 25th anniversary dinner at the CT Convention Center. This year, the Hall of Fame celebrated 25 years of putting women in the spotlight, and continues to inspire the future female leaders of Connecticut and beyond.

On November 17th and 18th, Megan Carannante and Kelly O’Donnell attended the “ALAS Advancing Women in Law Firm Leadership Conference” held in Chicago. The conference provided insight on firm development, client demands, and mentorship programming in today’s law firm environment. Megan and Kelly learned what other firms are doing to promote women and minority lawyers in the law firm culture and returned armed with practical suggestions and best practices.

On December 21st, Bob Hinton hosted an informal meeting of minority business leaders, civic leaders and lay persons. This informal group is focusing on, among other things, greater collaboration within our community.

On October 18th, Mike Kurs attended the Chrysalis Center’s signature fundraising event. The event raises much needed funds to help more than 4,000 individuals and families who live in CT. The Chrysalis Center helps those living in poverty, Veterans, women and children, young adults and individuals that are struggling with mental health, addiction, HIV/AIDS, those returning from incarceration and homelessness.

On December 7th, Bob Hinton attended the Hartford Gay Men’s Chorus Holiday Concert at Wadsworth in Hartford, and on December 8th, Bob attended a brunch in support of the UConn Women’s Basketball team. Hartford Gay Men’s Chorus showcases the talents of the LGBT community and its allies, and uses choral music as a catalyst for enriching and educating both participants and audiences alike.

In addition, Bob Hinton along with fellow P&C attorney Rick Robinson participated in two Hartford Promise events for 2018/2019 mentees. Hartford Promise is a large scale college scholarship fund and college success program for Hartford Public School students which promotes an integrated model providing Hartford students the financial resources, support services, and key relationships that lead to college success. Each Promise Scholar will receive a college scholarship of up to $20,000.

As mentioned above, in celebration of our one hundredth birthday in 2019 our firm is undertaking a “Centennial Year of Service” that will include work with various nonprofits throughout Connecticut. Our “1st Day of Service” (in honor of MLK Day!) was held on January 21st at the Discovery Museum in Bridgeport. Thanks to generous grants from P&C and Aquarion Water Company, the Discovery Museum was open for free with a wide variety of programs for kids of all ages. More than 25 attorneys and staff had the pleasure of volunteering at the Museum. 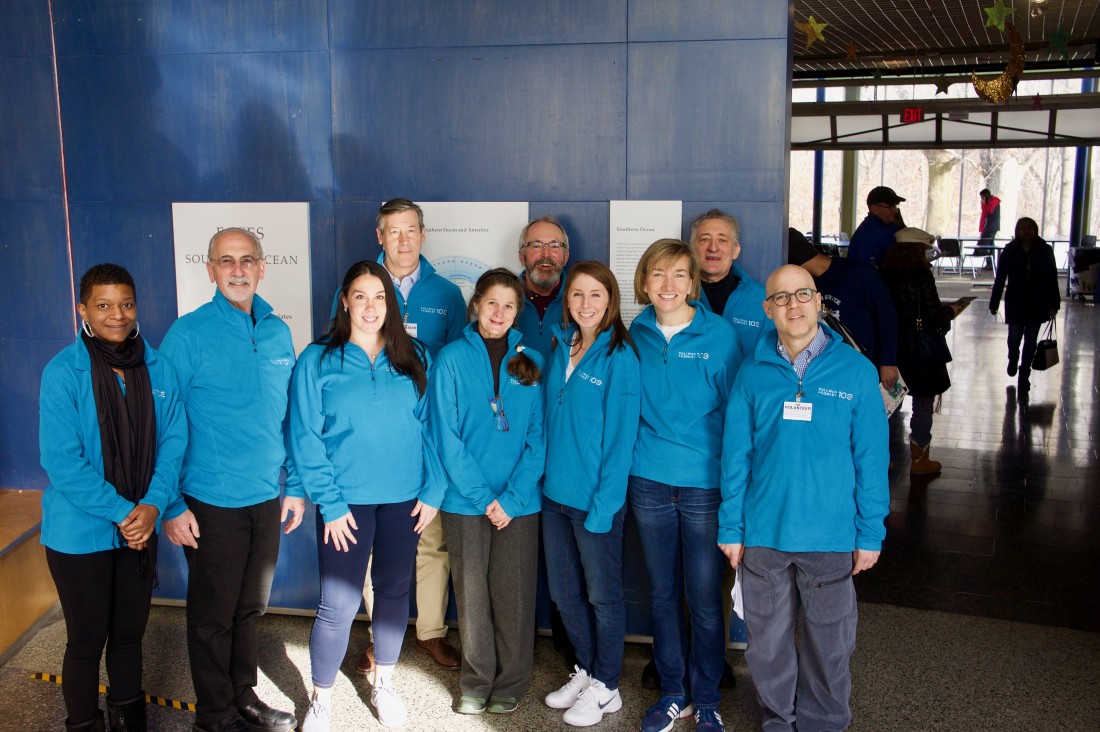 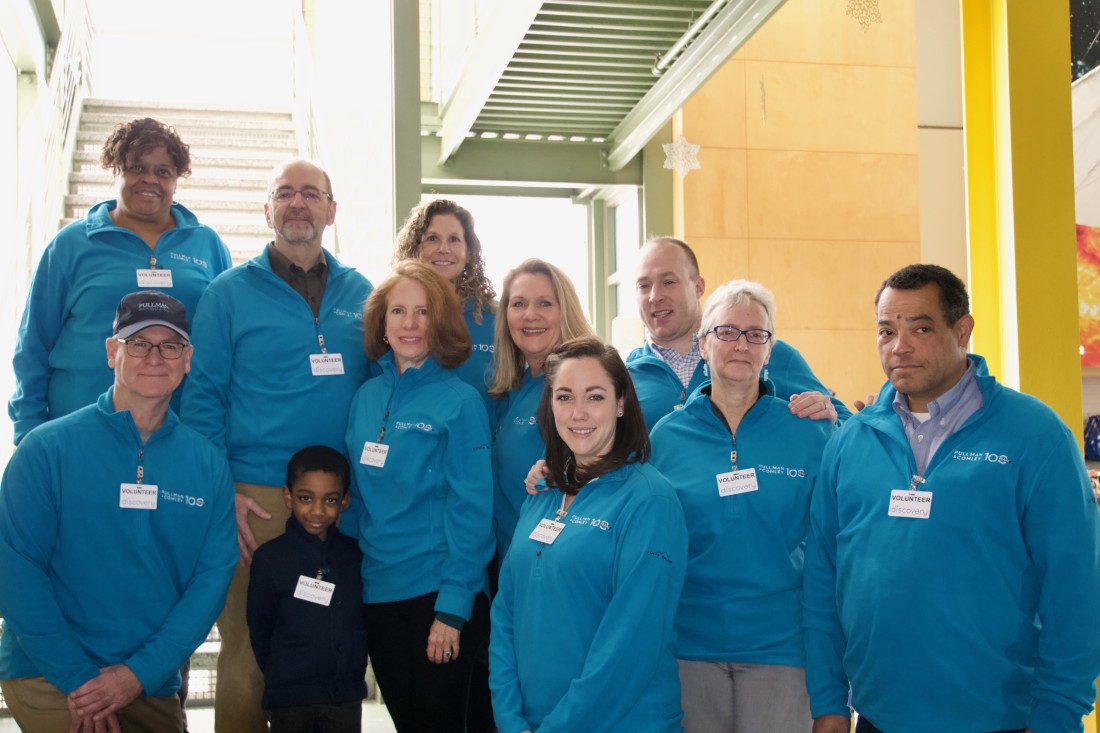